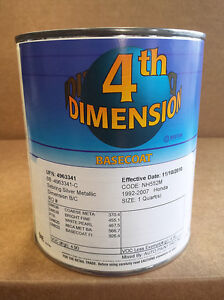 In the practice of criminal defense in Florida, there are certain myths that an attorney routinely encounters in his or her dealings with clients and the general public. One common example concerns the requirement of a driver’s license for the operation of so-called mopeds or motorized bicycles on Florida public highways. The myth is typically expressed as follows:

“Even if my driving privileges have been suspended or revoked, I can legally drive a moped or motorized bicycle on a public street or highway in Florida because neither is considered a “motor vehicle” for purposes of the Florida driver’s license statute.”

The following article discusses the Florida statutes and case decisions governing the operation of mopeds and motorized bicycles without a valid driver’s license. Contrary to the beliefs of many, these types of vehicles almost always require a valid driver’s license to be lawfully operated on a Florida public street or highway.

Background: The Requirement of a Driver’s License for a “Motor Vehicle”

The statutory provisions governing driver’s licenses in Florida are contained in Chapter 322. Under Section 322.03, “a person may not drive any motor vehicle upon a highway in this state unless such person has a valid driver’s license…” Under 322.34, a person who drives a motor vehicle upon a highway while his or her driver’s license has been canceled, suspended, or revoked, commits either a moving violation or a criminal traffic offense, depending on whether the person knew of their suspended or revoked status.

What is a “Motor Vehicle” for Purposes of Chapter 322, Florida Statutes?

The definition of “motor vehicle” for offenses committed under Chapter 322 is contained in Section 322.01(27), Florida Statutes. It provides as follows:

“[A]ny self-propelled vehicle, including a motor vehicle combination, not operated upon rails or guideway, excluding vehicles moved solely by human power, motorized wheelchairs, and motorized bicycles as defined in [Section] 316.003.”

“[E]very vehicle propelled solely by human power, and every motorized bicycle propelled by a combination of human power and an electric helper motor capable of propelling the vehicle at a speed of not more than 20 miles per hour on level ground… having two tandem wheels, and including any device generally recognized as a bicycle though equipped with two front or two rear wheels.”

Florida courts have specifically addressed the requirement of driver’s license in the context of a so-called “moped” operated on public highway. In State v. Meister, 849 So. 2d 1127 (Fla. 4th DCA 2003), the defendant was charged under Section 322.34 for driving on a suspended license while operating a moped. The moped in question had a displacement of less than 50 cc, did not exceed two horsepower, and had pedals to permit propulsion by human power so as to supplement the gasoline engine. The defendant moved to dismiss the charges, arguing that the “moped” was not a motor vehicle for purposes of Section 316.003(21), Florida Statutes.

See also  Keep On Trucking With These Great Repair Ideas

Florida courts have further rejected the argument that an electric scooter is not a “motor vehicle” in the context of a charge brought under Section 322.34, Florida Statutes (driving on a suspended or revoked license). In Inman v. State, 916 So. 2d 59 (Fla. 2d DCA 2005), the defendant was cited for driving on a suspended or revoked driver’s license while driving a seated, two-wheeled, battery powered electric scooter on a public street. The scooter did not have pedals and thus was powered exclusively by its electric motor. The defendant moved to dismiss the charge, arguing that a scooter with an electric motor was not a “motor vehicle” as defined in Chapter 322.

See also  Which Car Services Do I Really Need?

On appeal, the Second District Court of Appeal of Florida held that, because the defendant’s vehicle did not operate by a combination of an electric motor and human pedaling, the vehicle fell outside of the definition of motorized bicycle as contained in Section 322.01(27). Thus, the defendant could be properly convicted of driving on a suspended or revoked license, even if his electric scooter had many of the key attributes of a motorized bicycle.

Florida Law in a Nutshell: Mopeds and “Motorized Bicycles”

Chapter 322, Florida Statutes, requires the operator of a “motor vehicle” on a highway of the state to have a valid license. As defined under that chapter, “Motor vehicle” is anything that is self-propelled, but does not include bicycles and qualifying “motorized bicycles.” As defined in Section 316.003, “Motorized bicycle” means that the bicycle is not capable of self-propulsion, but is propelled instead by a combination of human power and an electric helper motor at a speed of not more than 20 miles per hour on level ground.