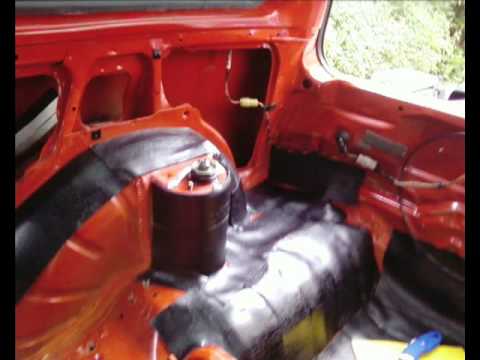 Kuna and Canyon County has already begun with vehicle emissions testing and repairs on June 2010. It is the first time that Nampa, Idaho, has required its vehicle drivers to have their cars tested ever since it has established that emissions from vehicles contributed to the area’s air pollution. There are many Nampa emissions repairs and testing stations already servicing many vehicle drivers due to this mandatory law.
Vehicle emissions control has been studied for many years now, and its main goal is to reduce the polluting emissions that vehicles powered by internal combustion engines create and release out to the air. There are many pollutants extracted from cars that are especially important to note down when the health of the people, animals, and the environment is at stake. The most principal of these include hydrocarbons, carbon monoxide, nitrogen oxides, and particulates.
Hydrocarbons come from fuel that is either unburned or partially burned. They are toxic, and can cause liver damage and cancer to people exposed to the pollutant more than is necessary. Regulations concerning hydrocarbons depends upon the engine off the vehicle. Carbon monoxide, on another hand, is not as fatal as hydrocarbons. But it lessens the blood’s abilities to carry oxygen throughout our body, and too much carbon monoxide can be fatal to us. Nitrogen oxide is a precursor to acid rain and smog. It is emitted mostly by big vehicles and trucks that blow hot exhaust. The effect of nitrogen oxides to our system is that it destroys resistance to any respiratory infections. Particulates also bring harm to our respiratory health.
With the harm and dangers that these gaseous chemicals give us, it is only understandable that health organizations and environmentalists have taken action against them. The continuing pollution of the air has always been a problem. It has become increasingly problematic as more toxicity has been found in the air.
Not all officials of Nampa had been supportive of the law that states that emissions testing is now mandatory for all vehicle drivers of Kuna and Canyon County. The majority has decided, however, and the law was approved. Not everyone of the folks at the specified areas were also unhappy about the new law. Considering the environmental and physical health effects of the pollutants, this move was bound to happen sooner or later. By the start of the month of June, emissions control and testing began to be carried out.
Vehicles that need to be tested are those that are cars from 1981 to 2005. Hybrid cars are exempted from emissions testing. There is also a fee of $10 for the testing. Drivers only need to have their vehicles tested every other year, so 10 bucks is not that costly. This year, even numbered cars are the ones required to take the emissions control and testing. Cars from 1982, 1984, up to 2000 and 2002 will need to make that visit to the Nampa emissions testing station. Next year, it will be the odd numbered cars’ turn.…